Firstly, I would like to start by saying that travel was never a passion of mine. Growing up my family used to take my sister and my I on our annual trips to Butlins, which never really revved up my desire to see lands unknown. However, I always wanted to be a teacher, and while I had various other ideas growing up, teaching was always there.

I remember sitting at home watching TV and those linguaphone adverts for monthly tapes coming on the telly and begging my parents to buy me them. The idea of speaking another language just seemed so incredible to me. However, they denied me the rather pricey package knowing that I would give up in days, but I excitedly waited until I had the chance to learn a foreign language at school.

The craving to be a linguist never died in me, despite my terrible ineptness at the trade, and the fact that German was constantly my worse grade I applied to continue it at university, and luckily was accepted to do so at Warwick, the University furthest from the shore. 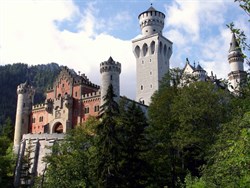 While I had not particularly travelled up until this point, the craving was growing in me. I made a pen pal in Germany and we trotted around Britain and Germany together, sharing with each other the differences in our cultures. But it wasn’t until my year abroad, where I TEFL-ed for the first time, that I had the freedom to explore Europe and journeyed all around my beloved continent.

After this there was no other way to live for me.

My year abroad made me realise that there was the possibility to travel abroad, and teach at the same time. Originally, my plan had been to keep studying to complete my PGCE following finishing my degree, but I was done with studying. I wanted to get straight out into the world of work, and teaching was the only thing I wanted to do.

After researching several different methods of teaching abroad I finally decided to do TEFL in Japan for a private company, with the contract began in October. Realising that I would have several months over the summer with nothing to do, I started applying to small volunteer projects, and ended up going with a project at my University to teach on a rural farm in India.

So that’s my TEFL story so far. In total, I guess TEFL was perfect for me as it brought my three big passions came together in one beautiful package, and it was the perfect job for me.  Currently, I’m still looking at other places and countries to TEFL in applying for things to do and places to explore in Asia over the summer break. I can’t get enough.