Christmas is fast approaching, and for many TEFL teachers out there this means getting to know a whole different way of celebrating for the first time. If you are teaching in a country that celebrates Christmas, taking part in local celebrations will help to integrate you into the community and teach you a lot about the local culture. Here is a look at some Christmas traditions in countries around the world. 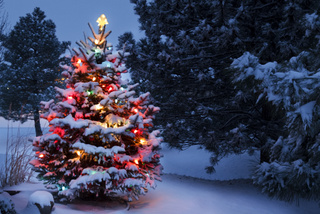 The big celebrations happen on Christmas Eve in Latvia, with a big Christmas Eve dinner and presents under the tree. Sometimes people recite a poem in order to receive their presents. Latvia also started off a tradition that is now customary in many countries around the world – the Christmas tree! The first documented use of an evergreen tree was in Riga, Latvia’s capital, in 1510.

In Mexico you will have a full 25 days of Christmas celebrations, from the 12th of December to the 6th of January. From December 16th until Christmas eve, children often perform the posada processions in celebration of the part of the nativity where Mary and Joseph were searching for somewhere to stay; they walk around the streets with candles and stop at the houses of friends and family to sing a song and ask to be let in, to which they are told no except by one house each night where a party is had.

Around half of the population of Ethiopia are Christian, so wherever in the country you are there will be Ganna (Christmas) celebrations going on. As the country still goes by the Julian calendar, it is celebrated on the 7th of January rather that the 25th of December.  After fasting on Christmas eve, on the morning of Ganna, people go to 4am mass dressed in white. The rest of the day if filled with games, music and food – traditional Christmas dinner consists of a thick stew with flat bread. 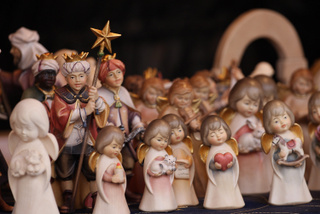 The nativity scene is a very important part of Christmas tradition in Italy. The city of Naples is famous for crib-making, and many families have one in their home which is taken out on the 8th of December.  Nativity displays are often a very intricate and detailed affair, including characters and people but also everyday objects such as houses, animals, and waterfalls.

Perhaps the most interesting tradition in Venezuela is that of roller-skating to church – in Caracas, the streets are often closed prior to the early morning services between the 16th and the 24th to make it safe for people to skate.

Like the sound of spending Christmas somewhere more exotic next year? Take one of our recommended courses to get started, or browse some current TEFL job vacancies.