In June 2010, my boyfriend Chris and I both graduated from the University of Edinburgh and decided to take at least a year out (before continuing to graduate school) to teach somewhere overseas.  The main reason that we took your TEFL course was that we wanted to travel without major costs and to take the opportunity to live somewhere different for an extended period. With these reasons in mind, we both took the 110 hours online and weekend course in Sheffield – it was a great experience, our teacher Rebecca was fantastic and we met some great people with similar goals to our own. After we finished the weekend course, we busied ourselves with summer office work and applied to basically every job opening that we could find (we tried to stick to mainly south-east Asia, but we applied to places in South America and Africa too). 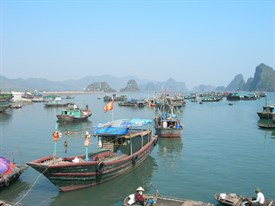 After a month or so of sending dozens of applications per week and not hearing a thing back, we finally got a couple of returned emails. We got several from South Korea, but the one that really appealed to us was located in Buon Ma Thuot, a small provincial capital in Vietnam. The place looked perfect, the school looked amazing and the guys in charge really seemed on the ball. We did an interview on Skype with the recruiter for The International School of Buon Ma Thuot, and a week afterwards the contract was sorted out and we were booking our flights to get over there and start. Exciting times!

On August 17th, we departed from Barnsley, UK, and started our 30-hour long journey to Vietnam. We arrived in Ho Chi Minh City in the late afternoon of the following day, jetlagged but very excited. Our recruiter took us to a fancy seafood restaurant in the city and let us sleep off our jetlag, as the next day we would be flying out to Buon Ma Thuot, our new home, with our new boss and his brother. The flight from HCMC to Buon Ma Thuot was breathtaking (and surprisingly punctual compared to UK flights!) and on arriving in BMT airport, we were greeted with flowers by school teachers – the way that we were looked after then was pretty reflective of the amazing way we’ve been taken in and treated in general. Our apartment (which is free – no rent – and on campus – no commute!) is brilliant, with all of the home comforts, including Wi-Fi and air con.

We have been teaching for almost three weeks now and we’ve been here for nearly four weeks. We’re having an absolutely amazing time. Although very few people speak English and we’re the only white people in the town, people are very friendly and welcoming. We are constantly being invited out for dinner and coffee, and our boss has taken us in like family, inviting us to family reunions and holiday get-togethers. The people really are great here, and we’ve dropped on with an awesome boss – he even took us elephant riding during our first week here!

As far as teaching goes, we’re having a much easier time of it than we had imagined. It is both of our first times’ teaching, but these three weeks have gone surprisingly smoothly for both of us. We’re teaching kindergarten and a bit of primary, so the kids are all between 3 and 8 years old, and they’re great. Teaching them is a blast. The first couple of lessons were pretty nerve-wracking, but they went off without any problems, and we now feel confident with teaching, even though it’s just our third week. 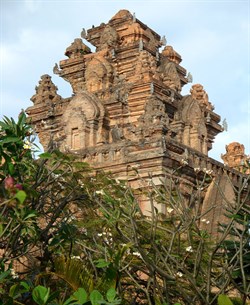 We’ve also had the chance to do a bit of travelling in Vietnam already – as I mentioned before, we got taken elephant trekking in our first week, we went to a city called Dalat for the weekend, we visited Ho Chi Minh City again this weekend, and next weekend we plan to head to Nha Trang, the beach! So there’s definitely plenty to see and do here, and travel is extremely cheap, so our wages cover travel costs no problem.

Anyway, I wanted to send you our story because we’re having an absolutely incredible time, and your qualification allowed us to get here and be comfortable in the classroom. So thank you! I would definitely recommend this company’s course to anyone who is thinking about teaching English – whether it be to travel, to live abroad or to dodge the recession for a year or two. It really is an amazing experience, and I can’t think of anything else I’d rather be doing.

As far as advice for potential TEFL teachers goes, I would say that if you’re thinking about it, just go for it. It’s a huge change and at times a bit daunting, but at the same time it’s also an incredible experience and is absolutely worth it. Also, if you’ve already started the courses and are looking for a job, I’d recommend Dave’s ESL Cafe forum as a great place to start looking for jobs, it served us well at least!