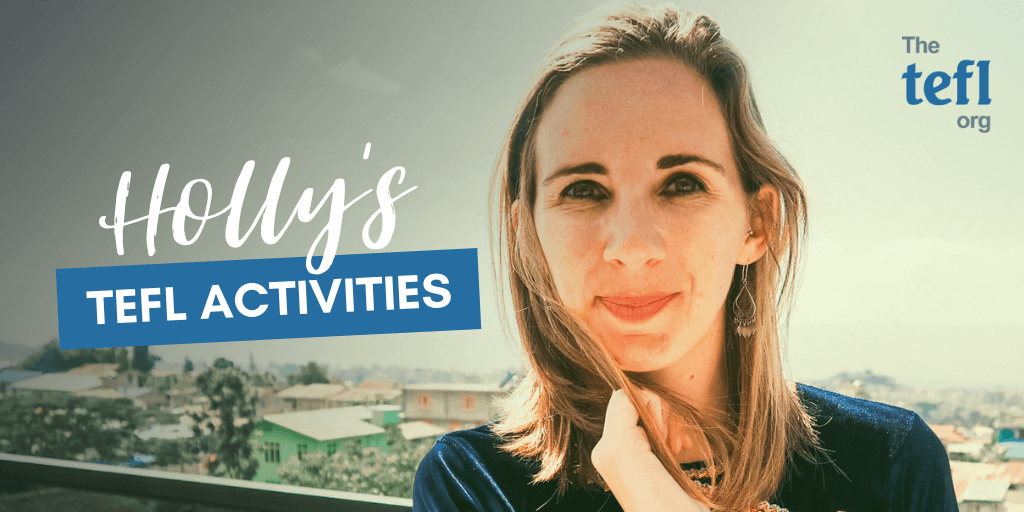 Since getting TEFL qualified, Holly has taught English all over the world and for the past five years she’s been teaching in Asia. She’s been teaching in Myanmar for several years now, in a small town near Taunggyi, the largest city of Shan State. Cheap travel in the country has meant Holly’s spent much of her time outside of the classroom exploring:

The beaches down south are perfect; the waterfalls up north are incredible and everything in between … breathtaking! There is always so much to see and do that your weekends are most likely to get filled up pretty quickly.

And in the classroom she’s been engaging and inspiring her students with some brilliant TEFL activities that she’s been kind enough to share with us! Below are two great ideas for EFL teachers to use with their students as explained by Holly – the first appropriate for all ages, and the second specifically for younger learners. 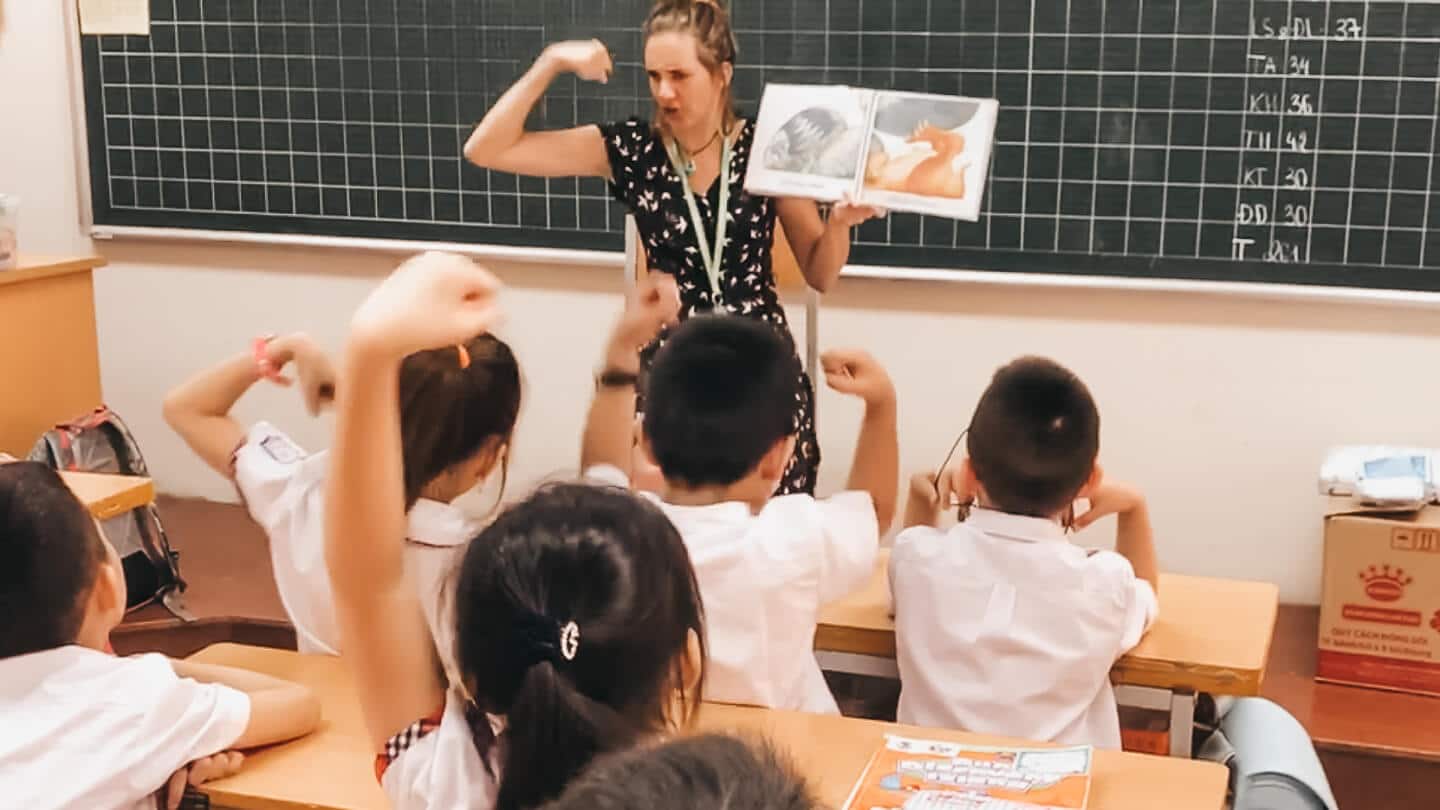 I’ve been running pen pal projects with two schools in Asia, both writing to a school in Northern Italy, for the past 3 years with wonderful results – an activity I highly recommend to other TEFL teachers!

The idea came from Vale, an Italian teacher I had worked alongside in Italy in 2016. She wrote to me asking what I thought about starting a pen pal scheme and, of course, I agreed. It’s a perfect way for the students to learn about a different culture, make friends and practice English.

The first thing we did was to get permission from all the students’ guardians.

The second was to choose suitable classes. In Myanmar my students’ level of English was a little higher so we matched my higher preschool class with Vale’s slightly older primary class. My class had fewer students than the class in Italy, so my students wrote to two students each. They could choose if they wanted to write two letters or write one letter addressed to two students. Vale paired some weaker students with stronger friends and they wrote a joint letter to my students. 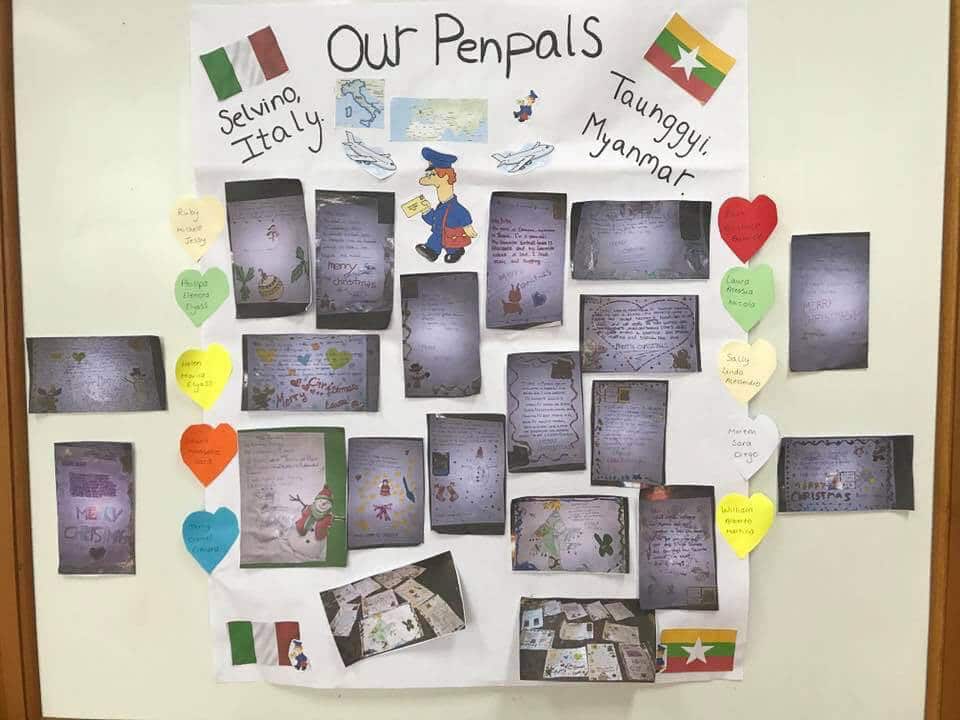 We then looked at our curriculum and matched topics that the students could write about throughout the year. We wrote about ourselves, our towns, our schools, different festivals or food in our countries. We talked about our emotions, our pets, likes and dislikes, the weather and lots of other things.

We used different ways to communicate. At first, we mailed individual letters and when post was bad we would scan and email them. We created video tours of the school and town, we made interactive posters as a class, and we also sent voice messages, photos and drawings. Over Christmas we sent candies from our countries for our friends to try.

On average we communicated every 6 weeks, taking into account school holidays. During this time my students had the freedom to write and ask questions as they liked. They learnt a lot about Italy and I hope the students in Italy learnt a lot about Myanmar! They formed wonderful friendships, which I hope will continue.

We used one display board to show our letters (I photocopied them so that they could take the original home) and also looked at maps, currency and flags of the country.

In Myanmar I have run the project for two years and hope to pass it onto the teacher who will take my classes when I leave this year. The students have become so attached to their pen pals, often referring to them as their best friend.

My best friend’s child brought home a purple dinosaur from his preschool in Ireland and a book to write about his weekend with this dinosaur. He was so excited and called me to talk about what he got up to with the dinosaur and I thought it was amazing that this toy coming home with him created so much happiness!

I decided to do the same at my school and it has gone super well. It’s been a great way to get more involved with the parents in a low pressure way, and the students love having the responsibility of the bears we use. It also ties all the preschool years together.

At the start of the project I counted how many weeks there were in the school year and how many students we have. I decided we needed two toys, so we bought two bears and named them Toffee bear and Coffee bear. We put all the students’ names in a pot and every week two are chosen to take a bear home on Friday afternoon. 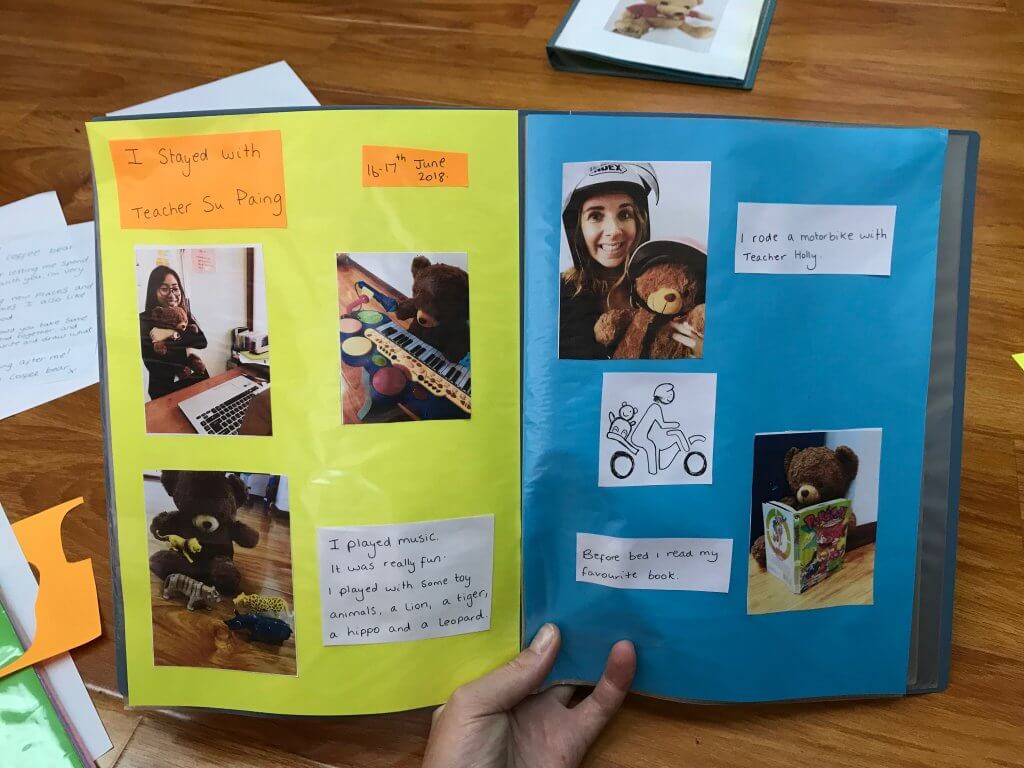 I prepared a book to go home with each bear and in it was an example page of the bear coming home with myself and another teacher. We wrote a letter at the front of the book (in English and Myanmar) explaining what to do and that if they needed help printing photos we could do that for them. They could write in whatever language they needed and that we were available to help before or after school. There was also a handwritten note from the bear thanking them for looking after him, signed with a bear paw print!

I made a powerpoint of photos showing the bears doing various activities and introduced them to the students at the start of the year, along with some facts about the bears. For example, Coffee needs a goodnight story and Toffee likes to eat lots of snacks. The students share what they do with the bear during Monday morning assembly.

The project has gone so well and the bears are having a great life! The students are very much in love with these bears and the parents have made a massive effort with the pages and the activities the bears have got up to over the weekends.

Read more about Holly’s TEFL experience in Myanmar and keep up-to-date with her adventures over on her blog and Instagram.