Surely the world’s most visited country needs no introduction? With the magnificence of sights such as the Eiffel Tower and the romanticism of Paris, the City of Light, well ingrained into everyone’s collective imagination, what more could there possibly be to the delightful country that is France? For starters, there’s the rest of the country of 60 million plus citizens where every city and province proudly boasts its own unique character. Try the Basque-speaking regions of the Southwest where surfing in the Bay of Biscay, with the beginnings of the Pyrenees in the background, is a popular past-time. Alternatively, you could head to the very north of the country and explore the streets of Lille where the city’s recent resurgence has made it an exciting place to visit. From the Alps to the coasts of Brittany and back again to the sunny shores of the Mediterranean, France is a country like no other with far more to it than just its capital.

As a place to TEFL in, France can be as challenging as it is rewarding. The French have been known, like English speakers, to be very stubborn when it comes to learning other languages. However, this is changing as the fact that English is a near-necessary skill in anything business or communication related is steadily realised. Jobs can be found in almost any of the country’s cities, although it may be a good idea to check some of the smaller towns for less saturated markets. Private tutoring, au pairs, and business English are popular choices for teachers not looking to teach in schools.

Benefits: Accommodation and flight reimbursement are not likely.

There is only one stop sign in the whole of Paris? Have fun trying to navigate those streets! 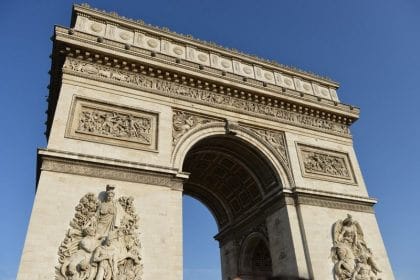 As highlighted earlier, there is more to France than just Paris. That being said, the capital is a lovely city and can provide opportunities for prospective teachers. Business English is popular here since its the country’s commercial centre and those with relevant experience may find luck in one of the city’s many language schools or organisations. As well as being a fairly good port of call for job-hunters, the capital is a beautiful, cosmopolitan city where the most French of customs and traditions can be found alongside restaurants, shops, and other businesses whose owners originate from all corners of the planet. There’s more to Paris than the stereotype everyone gives it. 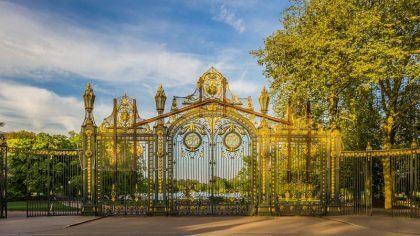 France’s third largest city is located a few hundred kilometres south of the capital, just west of the Alps. The large population and only mediocre English level makes Lyon a logical place to teach. Lyon has emerged as a culinary jewel, rivaling the prowess of even Paris – so much as to be labelled the capital of gastronomy in the country. It’s also famed for being a great place to go on a night out. As well as all that, Lyon is home to the second largest concentration of Renaissance buildings, beaten only by Venice. So, food, party, and pretty surroundings – what more could ask for? 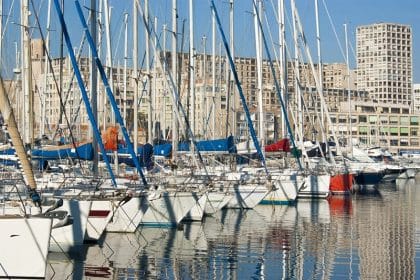 Way down south by the warm Mediterranean waters is Marseille. As a popular tourist destination, there’s demand for English speakers to improve communications. There’s a good reason for it being such a hotspot, too – sun, beach, and sapphire blue seas. Relaxing on the beach sound a bit boring? No problem – Marseille is home to a very lively club and bar scene as well as restaurants, cafes, and everything in-between. Also, for those seeking a little outdoor adventure; water sports and exploring the nearby coves are enjoyable activities all easily reached when based in the city.

Types of Schools and Students

The usual big companies are based in a number of France’s major cities and all are regularly hiring. You might find these large schools will pay the least of most employers but tend to ask less of their teachers in terms of requirements. There are also a number of independent schools which may pay more but require tougher qualifications. You can expect to be educating a wide range of students.

This is a very popular form of English teaching in France, as it is in many countries. You can go about teaching this in a number of ways: through schools, freelance, or online. Students will be smartly dressed, professional adults who will expect you to perform well. It can seem a little intimidating at first but as long as you crack on with it and do your homework you’ll do fine. This type of teaching English also pays better than average so is certainly worth the hard work. Generally, employers will want to see you have some experience in business prior to taking the job as well as a TEFL certificate and possibly a degree.

The country’s state schools are notoriously difficult to get in to and applicants are put through rigorous exams. If you do get in, you will most likely be teaching younger learners from primary to secondary school age.

Another potential place of employment are universities which occasionally post advertisements for English teachers. Don’t be surprised if requirements are strict – the pay will more than make up for it, though!

During the summer months, the only way to really teach is through summer camps. These camps are popular throughout Europe and France is no exception. They are great short term placements which may provide just enough savings to do a little bit of exploring as well as invaluable experience. if you’re looking for a more permanent position then wait until the end of summer when schools start hiring again. Again, you’ll be teaching young children so patience and compassion will be required!

France is perhaps one of the hardest countries when it comes to acquiring the right qualifications – certainly in Europe, anyway. Whilst you don’t officially need a degree to teach in France, you’ll be hard pushed to find a vacancy that doesn’t ask for it or at least one where it wouldn’t help hugely. TEFL certificates are more or less a must as well – the more hours the better. And, finally, experience is probably the most sought after of all qualifications. Experience in teaching and/or business (for Business English) is seen as a mega plus and will put you in good stead when applying.

Speaking of which, the application process in France – and the majority of the TEFL world – is a bit of a nuisance. Almost everywhere would prefer you to apply in person, CV in hand or at least be in-country so you’ll be ready to work at a moment’s notice. Interviews are basically guaranteed too so make sure to dress conservatively, be polite, seem interested, and express knowledge of the job you plan to go into.

France isn’t exactly known for being cheap and some of it isn’t – ahem, Paris – but there are certainly areas where living cheaply is possible. Paris is definitely very expensive, more so than even London but similar to Dublin. The cost of rent in a one bedroom apartment in the city centre is: €1,094.62 monthly which is very high compared to a normal TEFL wage. Jobs in Paris do tend to pay more though, but do make sure to check how much before applying. Living in the likes of Lyon (around €600 for renting a similar apartment) and Marseille (€530) is far cheaper in comparison but with generally lower wages, too. Needless to say, rural areas and small towns will be probably even cheaper but with fewer opportunities.

Source of figures was Numbeo.

Have a scroll through our Jobs Centre and keep an eye out for any positions based in France! To gain exclusive access to our Jobs Centre, book a TEFL course with us.


2 thoughts on “TEFL in France”