It’s hard to believe that in just two months from now, I will be celebrating my second year work anniversary at BFSU. (Beijing Foreign Studies University). It’s hard to write an article like this, without sounding like a massive cliché, so I’ll get those out the way now. Moving to China to teach English has changed my life. I have grown and changed in more ways than I can even begin to count. And yes, you should do it. If not China, somewhere else in the world! (Although I’d thoroughly recommend Asia)

My main motivation for travelling across the globe was a combination of wanderlust but also graduating into a recession. I was adamant that I wasn’t going to follow in the footsteps of so many people in my generation, and live and life where I would struggle to pay my rent, and juggle two or three jobs, not even related to my field of study, just to make ends meet. I had a Skype interview on Christmas Day 2013 with BFSU, found out I got the job just after 12am on New Year’s Eve, and had moved here on Valentine’s day.

I arrived here with n 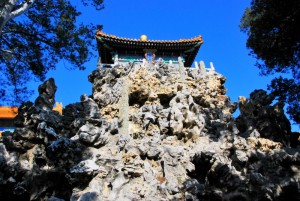 o Chinese, not much money and no sense of direction. I was placed at a campus in the south of Beijing, which is now like my second home. I have been teaching at the same campus for my whole time here, which is quite unusual for many foreigners who flit between jobs depending on which way the wind is blowing, but the company I work for is solid, legitimate and has a serious amount of关系 (GuanXi). GuanXi means connections of significance and translates to the western world somewhat as ‘Friends in high places’; so working here is really a fantastic, fulfilling and interesting experience. I really enjoy working for a government company, although it can sometimes be culturally challenging, I work with so many local Beijing people but also far away provinces. One of my best friends in Beijing is my TA (Teaching assistant) called Flora, who I’ve known since I arrived. She is from a small province in the south west of Beijing, and she has helped me engage with Chinese culture in a really personal way. I know we will always be friends, which is really something special. My colleagues are extremely helpful, kind and respectful of my culture and experiences and like to spend time sharing treats from their home provinces or videos of their families who live in faraway cities.

A few months ago, one of m 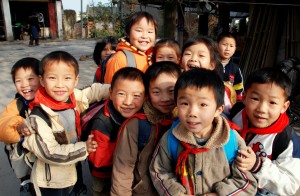 y students had his 8th birthday, and I suddenly remembered I had also been there to celebrate his 6th and 7th birthday, which made me incredibly nostalgic. For the last 2 years, I am a regular fixture in over 100 students lives, who look forward to seeing me every week, bearing drawings of their inventions like ‘a snail bus’ or a very intricate drawing of a raccoon riding a train.

In October and November this year, our company had a competition in which all the teachers across China competed for the title of ‘Most Oustanding Teacher’, to compete, every teacher had to prepare a 20 minute class to highlight their teaching capabilities whilst also meeting the requirements of all the students in the class. The company is extremely large, with campuses in the southern parts of China, and all over Beijing too, so every region was represented by a finalist at the competition. I represented the southern region of BFSU. 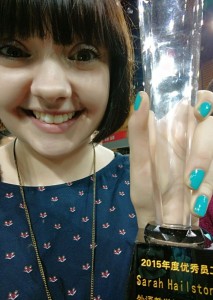 There were several rounds to the competition, and the teacher’s classes were filmed and analysed and eventually they picked the finalists for the competition. I had managed to beat 100’s of teachers and was down to the final few. There is a strong team spirit at my campus, so my principal and all my Chinese colleagues really supported me at the event. I had to perform a class to over 150 people on the day of the final, which was attended by fellow teachers but also the people who ran the university who all had extremely elegant titles such as Professor and Doctor, and eventually – I won! I won the esteem of my colleagues, but also an iPad, which wasn’t a bad way to spend a Wednesday morning at all.

Riding on the success of this competition, I also won another award a few weeks later. They gave me an award for my outstanding performance as an employee, and I got a very snazzy Oscar looking glass statue with my name engraved. This was a big deal for me, but an even bigger deal for the school as I was the first foreigner to be given this award since the company was founded around 50 years ago. Needless to say my parents were pretty impressed with me!

In Beijing, I have made lifelong friends. I met my roommate in a bar, and now we are planning to travel around the world together. I met some friends whilst putting on a theatre performance, and now we spend our weekends cycling around and bungee jumping!

I am so proud of everything I have accomplished, and can’t believe how lucky I am to have such a fulfilling job. People in Asia look at teaching as a very respectable profession, which is a drastic difference between the UK and Asia. Teaching takes every ounce of energy you have, but the memories you make and the bonds you create are worth every moment.