As I make my way home for Christmas on the train from Seville to Malaga, I finally have time to reflect on the last eight months. At the beginning of 2012, I was working as an assistant manager in a bar/restaurant in Glasgow. Unbeknown to me at that time I would soon be living in Spain working a third of the weekly hours I was used to…and in the sun!

The story began when my girlfriend read an email in her work regarding an opportunity to do the same job she was doing in Glasgow, but in another of her company’s offices in Spain. As a linguist, she was keen to look into the possibility of improving her Spanish, the only problem being I was unsure what I would do in terms of work if we decided to move. That is where TEFL Org UK came in. 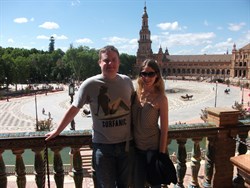 I had always had an interest in languages, and could already speak enough Spanish to get by, so it occurred to me to look into what I would require to teach English in Spain. After doing some research and speaking to a few people who had done a TEFL course, my mind was made up. I can honestly say it is one of the best things I have done. My girlfriend applied for and secured the post in Seville, so the race was on for me to get organised and ready myself for a big change of direction! With only a month to act, I had to look into the course options and figure out how I was going to approach things.

It quickly became clear that TEFL was going to be a great experience. Having looked at the course structure, I realised that the only thing I had to be in Scotland for was the practical weekend course; which due to the available dates and my severe lack of time, I had to go through to Edinburgh for. Having said that, it was a good excuse to visit my uncle for the weekend! My idea was to complete the weekend course, and do the other three parts of my course (50 hour, 30 hour grammar and language awareness and 20 hour video course) in Spain, as they are all completed online. 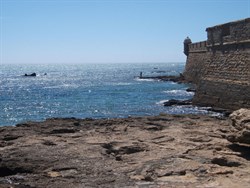 The weekend course was great fun, a lot more so than I expected. In the two days I was there we covered a mountain of topics, but the great thing was it didn’t seem like that. The activities were engaging and really gave me a feel for what being a TEFL teacher would be like. There were loads of great teaching tips and activities that left me feeling that I could really teach, something I had always thought about but always found a little scary. After finishing the weekend course, I was Seville bound, and that’s where the fun began!

I arrived in April of 2012, and I was blown away by the city. I had travelled around Spain many times, but I had never been to Seville, and to be honest I didn’t know much about it. The city centre is among the most beautiful I’ve seen; the stunning cathedral, the charming narrow streets of the old town, the traditional flamenco bars and literally hundreds of tapas bars serving some of the best food in Spain (alongside San Sebastian maybe)!

I realised soon after my arrival that it probably wasn’t the best time of the year to be looking for work in language schools in Seville, as most places hire at the beginning of the academic year (around September, depending on the school). So, I had the great misfortune of spending my summer eating tapas, drinking coffee in WIFI cafes (to do my TEFL online coursework) and generally having a four month long holiday under the orange trees. Hard life! I got to know some local English teachers and through them I picked up a bit of private tuition work, which was handy as at one point in the blistering heat of August it seemed like September would never come!

At first, I have to admit I was a bit lazy as regards looking for jobs (I blame the month of 40 plus degrees!). I sent out the odd email and spoke to a few people. Despite my initial laziness, and despite my lack of teaching experience, I managed to secure a few interviews around the city. This is where my first piece of advice comes in, and it was advice I got in advance from one of my TEFL tutors – don’t necessarily take the first thing you’re offered, be clear about what money you are being paid and be confident. I went to an interview, was offered a job, then they kept stalling on what my salary would be. This was a bad sign. After neglecting some other promising offers they offered me a pitiful amount and I was snookered. There are so many schools that pay really decent money so don’t be messed about!

In September, I got myself in gear and I was rewarded with a few breaks for the better; I got an interview for a language school right across from my flat, and I got work on Mondays and Wednesdays with them. Then, a week later, I got some more work in an academy only five minutes from my flat on Tuesdays and Thursdays! It had all come together! On Mondays and Wednesdays I teach 10/12 year old children, and on Tuesdays and Thursdays I teach adult beginners and adult pre-intermediates.

I was so glad to get a variety of ages and levels, it provides such a variety of activities and challenges! In the last month I have picked up some more work early in the mornings with a big multi-national company teaching business English. This pays really well and I find it a lot of fun. The good thing about it is you learn a lot about whatever business you are working in, it is something worth thinking about in terms of job hunting. 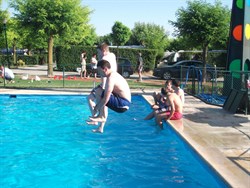 TEFL has given me the ability to do something completely different; practice a new language, travel around Andalucia and meet many new friends. I have new Spanish friends as well as a big group of English teacher friends from all over the world. For the first time in a long time I can go out every weekend, eat out regularly (cheaper & miles better) and generally live the life of Riley! I would (and do) recommend TEFL to anyone. Opportunities to travel are endless and the chance to study the construction of your own language is surprisingly rewarding.

Also, in terms of the administration/feedback/advice/service, TEFL Org UK is excellent. As for advice, I would say the most important thing is to get to know as many people as you can who teach in the city you are in. Send loads of emails, go into academies in person when possible. Being a TEFL qualified native speaker is much sought after – the jobs are out there – don’t be lazy like I was at first!

Be like Daniel and take a 120-hour TEFL Course with TEFL Org!

Our students can then apply for a TEFL Job in Spain from our Job Centre!