About Us » Our TEFL Tutors » Meet Our Tutors – Pauline 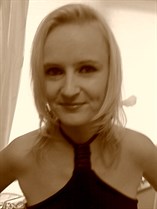 How did you get into teaching English as a foreign language?

I had been working in Sales and Marketing for a few years and was getting into a rut because I felt the job I was in was not stimulating enough and everyday was the same. I wanted to travel more, to see a bit of the world, but yet didn’t simply want to do a year travelling round like a tourist. I wanted to be able to work and travel at the same time.  I started looking at job advertisements and found one looking for people to teach English abroad.

Where in the world have you most enjoyed teaching?

I would have to say South America. My favourite place would have to have been Chile. I was teaching in-company Business English to big companies such as Citibank, Wella and Bellsouth in Santiago.

What’s the worst tense to teach?

Present Perfect –  people tend to get mixed up with it and the past tense. They tend to forget that  it has present relevance and therefore consider it a past tense at times.

How did it feel to stand up in front of a class for the first time?

It was a kindergarten class so a very busy bunch. But the class went well overall and the support of the school made everything run smoothly. Of course, I was a little nervous but overall it was a fun experience.

Not sure if I can say I have a particular favourite, but I like Thai food a lot.

What’s the most interesting thing that has happened to you abroad?

What is your best TEFL experience?

Too many to mention, but simply just being able to really “live” another culture rather than being an outsider like so many regular tourists are.

What is your worst TEFL experience?

Nothing major stands out for me as being bad I have to say, a bit of culture shock when I first arrived in Asia maybe, but I was expecting that and it was an exciting and interesting time at the same time too.

Do you have any advice for anyone who is about to head out abroad to teach English?

Do as much research as possible on the country you’re going to. It’ll help you deal with the culture shock and prepare you for your new life abroad. Also, try to get contact details for somebody already teaching in the particular school you’re going to. They’ll be able to give you a realistic perspective of what it’s like working in the school. Sometimes the employer will only point out the positives. If there are some negative points, it’s always good to get a “heads up” first.

Find out more about TEFL courses and how they can help you teach and travel.

Our quick & easy TEFL TASTER will help you decide if our TEFL courses are right for you.

Give it a go

Just started teaching & looking for new students? 👩🏼‍🏫⁠
⁠
Join us this Friday at 4pm (UK time) when we’ll be discussing how, & where, to find English language learners online

Want to teach English online but don't have a degree? Don't let that stop you! Get your side hustle on and start your TEFL journey today. Read more from @jenonajetplane here: https://bit.ly/39dXFei #workremotely #teachenglish #TEFL

My TEDx talk is live! In it, I talk about how traveling solo helped me learn to love my life as is instead of trying to meet arbitrary societal deadlines. Share with someone you think could use more self-love and plane tickets! #TEDx #TedTalk #solotravel https://youtu.be/hYPIh903Doo