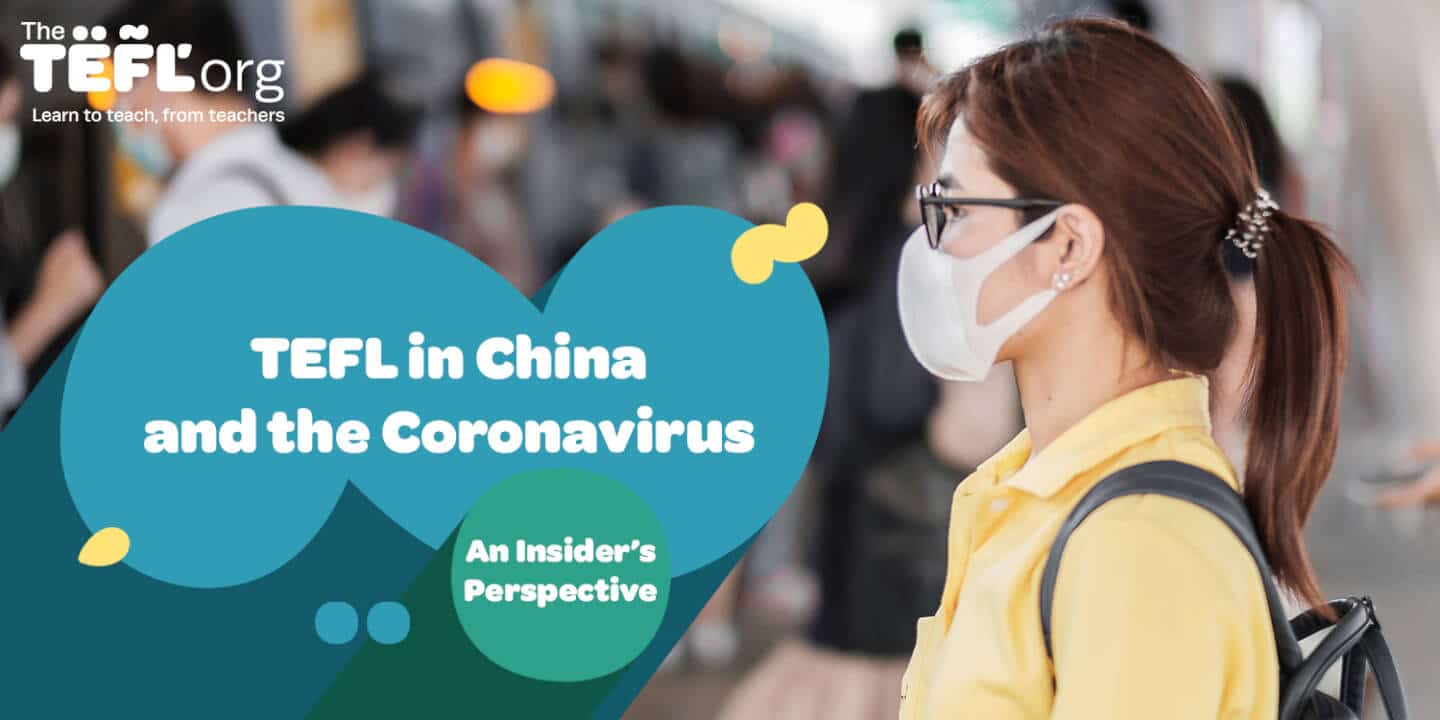 David Wood is the owner of China Briefcase, a company that specialises in helping ESL teachers find legitimate and great paying jobs in China, focusing particularly on the Shenzhen area. He came to China just after leaving graduate school, jaded and uncertain what to do next, but thinking he could keep learning if he went to a new world. He has since lived in China for six years, during most of which he taught students from primary school to university level, while also finding plenty of time to immerse in the culture and learn Chinese. He found this new lifestyle to be exhilarating and decided to found China Briefcase to help others do the same.

The Wuhan Coronavirus quarantine went into effect a week and a half ago, trapping me alongside roughly 60 million other people, preventing us from returning to our jobs, our homes, our lives.

If you like apocalypse stuff, this might sound interesting to you. But the reality is that I’m bored to death.

I’m an on-the-ground witness to this evolving pandemic. I’m also a China ESL recruiter and have been talking to plenty of teachers about the situation as it concerns their jobs for the upcoming semester. I can give you – or at least speculate on – the details you need to know for teaching ESL in China at this unusual time.

Quarantined in Hubei Province (But Not in Wuhan)

I’m currently in a small village on the outskirts of a relatively small city 50 kilometers south of Wuhan called Xianning.

This is not Wuhan. Life is calm here and there is no sense of panic. As we’re in a rural area, we are not facing the shortages that you’re hearing about in the news. No problems with food here: my mother-in-law buys both meat and produce from the farmers market, though she has started to buy in serious bulk, which is a very non-Chinese thing to do for perishables.

There is still a sense of stress. Everyone is staying at home, and the streets, normally choked with traffic and honking, are quiet. Some stores are open and some business continues as usual, but anyone venturing outside is taking their masks with them.

Seriously. One of my neighbors walked her dog to relieve itself not even five meters away from their home down an alley, with no one around, and she was wearing her mask.

And also, the schools are all physically closed. Instead, they are having students do online classes, contracting with agencies that offer full coursework online.

For me and many others, both Westerners and Chinese, boredom is our story now. I haven’t really left my family’s home in two weeks, and since I wasn’t planning on being here that long, I left behind some important items (namely, my “good laptop”).

Others are getting anxious about their jobs, schools, and families they left behind in other provinces.

If we could at least go to the shops without worrying about catching the virus and then infecting our family members, that would be really nice.

My understanding is the situation outside of Hubei is less severe and that the mileage varies. People are also staying in their apartments and generally avoiding contact.  I have friends and relatives in places like Beijing and Shenzhen who are also not leaving their apartments for any reason. But I’m also hearing from others that people are leading their normal lives (and indeed many are back to work or will be soon), but just with a lot more mask wearing.

What Are We Hearing from the Government?

China is publicly reversing its earlier SARS practices by publicly engaging about the virus. On China Central Television (CCTV), the situation in Wuhan is promoted as a patriotic duty, those living in Wuhan are engaged in a war with a deadly virus and doing the best to keep the rest of China safe. And we all know about the 1000 bed hospital they just finished building in Wuhan.

If you’re wondering what the government has to say about employment, well, the government is not giving direct advice for work situations yet. Relevant information on this is relayed to you by your employer. Any policies on employment will be handled by the provincial government, so they will vary depending on where you are living and working.

China has launched a massive health and hygiene campaign to help stop the spread of the illness. You can imagine what that’s like:

Here in Hubei, I’d totally advise anyone against going to the hospital unless it’s clear you have the Wuhan Coronavirus. And indeed, hospitals in Wuhan won’t take anyone unless you literally look like you have no oxygen coming out of your pneumonia- stricken lungs.

What aren’t they saying?

To date, I haven’t seen any case or death counts. They may be found elsewhere in Chinese media, but I get that news from Hong Kong news outlets. China as ever seeks to carefully control the public conversation on the virus to keep people from panicking or spreading false information.

To that effect, big social media groups are forbidden from spreading any non-government-sanctioned news on the virus. This also goes for other taboo topics, like the protests in Hong Kong. If you’re on WeChat, please note that. Generally speaking, foreigners aren’t the target of these policies. To date, I haven’t heard of any foreigners fined or arrested for rumor-mongering, but that doesn’t mean it doesn’t happen.

How Long Will This Situation Last?

There are two major things unfolding in China right now: the quarantine and the virus itself.

No one knows how long either is going to last. Trust me, I’d love to know that information as someone in the midst of this.

The farther we get from the Chinese New Year holidays, the more mounting pressure there will be to resume normal life both at schools and in workplaces. There are a good number of Chinese people who have the general sense and expectation that the quarantine will be over in a matter of weeks.

This is incredibly optimistic but anything is possible.

A renowned mainland Chinese scientist in the fight against SARS recently went on the record saying that this disease would peak within a week, owing to China’s intense efforts to combat the virus. Chinese in Hubei ARE doing their best to ensure they don’t catch it. Who can know what the effect of that will be?

But many other well known medical professionals completely disagree with that, suggesting it won’t “peak” until April or May. A good article on this discussion can be found here.

If it doesn’t peak until April or May, that means the situation will be significantly worse by mid-February. If that happens, China would be unlikely to re-open the quarantine. Letting millions of possibly infected people from Wuhan out would make their whole Hubei quarantine a huge waste of time and money. A lot of Wuhan people would be rightfully bitter about having to stay in the virus zone were that the case.

What is The ESL Teacher’s Situation?

This is really in flux right now and this section includes a lot of speculation – take note!

In most places, teachers do not have concrete guidelines on what to do from anyone, except to wait and see. Meanwhile, employers are waiting on official guidelines on whether staff will be on the payroll. Meanwhile, the government is watching and waiting to see what happens with the virus as it gets closer to the official spring semester start date (for most schools, February 17). Some provinces have already confirmed that their semester start dates are postponed. Some could feasibly just not postpone and carry on as normal.

So unofficially, the plan for everyone is to wait and see until mid-February, and go from there. But what happens if teachers cannot work because the semester is delayed?

This depends on the province, your school type, and your individual school.

I can speculate that public schools would keep paying their teachers as normal regardless of the situation. Private schools and kindergartens with contractual start and end semester dates should follow suit, but this may vary depending on the province and the school itself. Training centers and other profit-oriented enterprises I would expect to furlough their employees according to provincial guidelines, as their cash flow situation, which does not run on a semester system, will be worse.

There is one exception to this, and it may become the rule. Some schools may stay open if they are able to arrange online classes.

How THAT would be done would vary from school to school, but many are already frantically scrambling to implement this as we speak. For Hubei teachers, I would expect this as the default possibility.

It’s entirely possible that we’ll have a combination of both semester delays and online classes.

Should I Still Apply to Work in China?

Naturally, a lot of teachers aren’t interested in the uncertainty, or are worried about contracting the virus, and are electing to not return to their jobs this semester.

I’m definitely seeing a spike in decision reversals from teachers who had already gone through the hoops to get their visas and plane tickets sorted.

Absolutely no one should be planning to come to Hubei. Put it on hold until at least Fall 2020, your employer will understand. I don’t even think you can get in, anyway.

Also, if you have any underlying medical conditions that could leave you vulnerable to the coronavirus, or if you are of advanced age, absolutely do not come to China. The death rate for the virus is generally low for everyone, but it’s hitting those populations noticeably hard.

Outside of Hubei, the situation isn’t terrible – normal, even. People’s lives are going on, it’s just people are wearing a lot more masks. But I still wouldn’t blame you for delaying your teaching job. If I were in your position and had your information, I’d do the same thing.

Even if you’re not planning on Hubei, and you can afford to wait until Fall 2020, I’d also recommend waiting. No point in getting mixed up with this if you don’t have to.

Your employer will almost certainly be willing to hire you in the fall semester. Demand for teachers is much more critical at that time anyway, it’s entirely possible you may be able to find an even better job.

I can’t officially endorse coming to China at this time. There is a risk here, and besides, this is just an abnormal time to be in China, and you might not be getting the proper experience. But if you can’t afford to wait until Fall 2020, it’s up to you.

Regardless, I hope you’ve found this article useful for your decision.

One thought on “TEFL in China and the Coronavirus: An Insider’s Perspective”