I worked and travelled around Spain for two years after graduating from university so I know a thing or two about how much things cost and how to make my budget stretch. This was back between 2010 and 2012, but I still head out to Spain every year and haven’t seen that much difference in prices. These costings are based on my budget (I don’t lead an extravagant lifestyle). I earned 700 euros a month working part-time as a TEFL teacher and also gave some private tuition classes on the side. As with anywhere in the world, the capital and other larger cities will generally have higher prices. 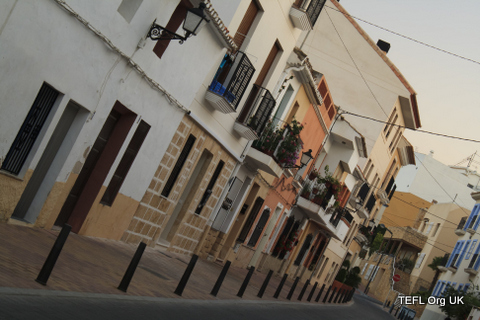 Before I got my first TEFL job in Spain I knew that I wanted to learn the language and all about Spanish culture so when I got a job offer through I started looking for shared apartments. Sharing is great as you keep your costs down and get to practice your Spanish on your willing housemates (you can also help them out if they want to learn English too!). I shared an apartment with three other guys – one worked full-time and the other two were university students. The apartment was part of a gated block of apartments 5 minutes’ walk away from the centre of the town (and the school). We had a kitchen and small pantry, an outdoor space for our washing machine, living/dining room, two bathrooms and the four bedrooms. We each paid 150 euros a month for rent and bills on top (which didn’t really amount to much after splitting them between the four of us).

My second post was in a small fishing town in Galicia. As the town was smaller, and there wasn’t anyone around my age, I rented a one bed apartment. After living with my parents and numerous flatshares through university, I thought living by myself would be great. It is nice to have your own space, but I did find it a tad boring at times without someone to babble on to. The apartment was clean and modern – I had a nice open plan kitchen living room, bedroom with double bed and built-in wardrobes, bathroom and little laundry/utility room. I also had my own storage room in the basement and an underground parking space included (which I rented out).

On top of your rent, you may also have a monthly charge if you live in a block of apartments called comunidad. This is charged per apartment and is for the general upkeep and maintenance of the block. 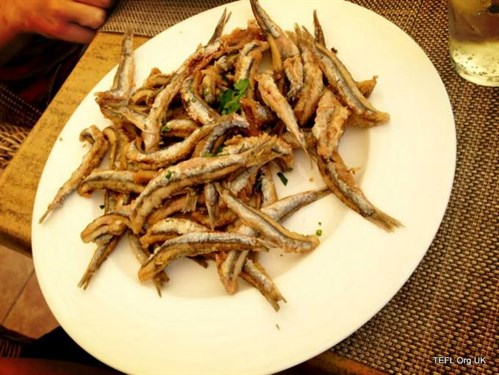 I love Spanish food so I didn’t have a problem eating tons of tapas and drinking copious amounts of beer and wine. But on a serious note, Spanish food is cheaper than all international and foreign food. I found McDonalds, Burger King and Starbucks extortionate (and definitely not with it).

Even buying my PG Tips from Carrefour or El Corte Ingles was pretty soul destroying – I had been dying for a good cup of tea for weeks on end so I took it to the checkout to find it was twice the price, ran home and boiled up some water on the stove (kettles are really hard to come by in Spain) and found a large enough cup/bowl to drink it out of – didn’t even taste like it did at home 🙁

I don’t really eat that many takeaways and I still wouldn’t in Spain – I found it was mostly either pizza or Chinese. A good curry is really difficult to find as the Spanish aren’t really big fans of heat (in the spicy sense).

A weekly food shop at the supermarket would set me back about 30 euros. I’d pick up my fruit and veg at the local grocers (good chance to practice my Spanish vocab and numbers) and bread every morning from the shop around the corner. A quick cup of coffee at the café/bar across the street from the school between classes would set me back a euro. A small beer (caña) is around a euro and a good glass of wine from three euros. Depending where you are, you can get a tapa included or for an extra couple of euros. If there are more of you, order a ración (larger portion of tapas).

If I didn’t make my own lunch, I’d have the menu del día at one of the restaurants on my way back from school. You can’t go wrong with a three-course meal and drink for ten euros! Normally soup/salad/seafood to start, meat or fish with vegetables for the main and a dessert to finish – bread and a nice glass of wine included too. Lunch is really the main meal of the day so I’d normally have something smaller for dinner. It took a bit of getting used to having dinner so late into the evening, but with the timetable I had at the school it only took me a couple of weeks to adjust.

There is lots to do when you are not teaching. If you are a culture vulture there are countless shows, film viewings and exhibitions going on every week. If sport is more your thing, there are lots of classes and clubs you can join too – everything from pilates to padel. Some of the events are free or have a small admission fee.
I would recommend registering at your local library not just for the free wi-fi, but for lending books and DVDs (plus it’s a nice quiet place to plan lessons and mark homework)

Monthly gym membership is about 35 euros.
Cinema ticket for a mainstream film is about 8 euros.
Meal for two at a restaurant 35 euros.

Transport and travel within Spain 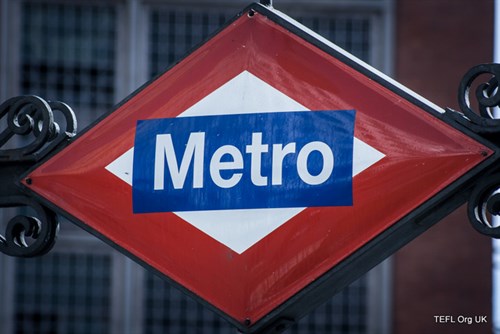 Depending on whereabouts your apartment is relative to the school, you could walk or hop on a bus or the metro. Compared to where I come from in the Highlands of Scotland, I found it was quite cheap and relatively fast although Spaniards may disagree. A metro ticket costs between one and two euros per journey although you can buy an abono (tickets with more than one journey, normally about 10) for slightly cheaper.

If you are travelling at weekends, holidays or during the various puentes (bank holidays) I would say the bus for shorter journeys for anywhere within your autonomous region and the train further afield. There are high speed trains that connect all the major cities – I’d recommend booking in advance to get the best deals. You can of course fly if you are travelling from one side of Spain to the other. Ryanair and some other budget airlines have flights every day.

As you can see, my income as a TEFL teacher was more than enough to live a comfortable life in Spain.


One thought on “Costs of Living in Spain”