For a land that resisted Western influence for so long, it is perhaps a surprise that Japan is now one of the most culturally diverse nations on the planet. The largest metropolitan area on Earth, Tokyo, shares the country with cherry blossomed trees, tiny villages, and shinto shrines. The West has made a clear impact on the country’s way of life with McDonald’s, among other similar franchises, sitting comfortably in every city. In return, Japan has supplied the entire planet with fancy gadgets and technology for the last few decades and has vastly expanded (and improved) the West’s culinary range. And yet, despite such a modern transformation, the country has managed to retain some of its traditional charm where old customs are still held in high regard. Japan is perfect for those wanting to be able to experience the big-city life whilst teaching in pleasant, idyllic villages or vice-versa.

TEFL is not a new concept to Japan and there is a well-established market based there. Government programmes such as JET (Japanese Exchange and Teaching) sees many foreign teachers find long-term placements in schools across the country. Additionally, thousands of schools – from nurseries up to high schools to language-specific establishments – are dotted around both the cities and countryside.

Benefits: Usually accommodation (paid for or an allowance) and flights (reimbursement) are helped with.

With by far the highest number of schools and employers based within its city limits, Tokyo is the first obvious choice for EFL teachers to look for jobs. It’s fair to say positions are in abundance. Check out the Kimi International Center’s website here – they advertise many teaching jobs which range from teaching toddlers to adults. Tokyo is truly a city that never stops, its bright lights maintaining the city’s constant buzz. Reminiscent of some of the West’s major urban centres – New York, London, Paris to name a few – Tokyo is alive all day and night. For urbanites, this place is a dream come true. People not used to cities and more comfortable with the great outdoors may experience a little (a slight understatement) culture shock. 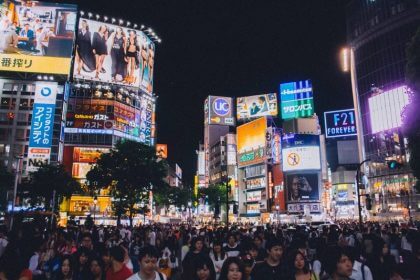 Japan’s third largest city is like a slightly smaller, more friendly version of its neighbour, Tokyo. Osaka is known within Japan for producing a large number of comedians which may be a result of the city’s sociable inhabitants. Don’t be mistaken though, this city is busy and bustling just like any place of its size would be. There’s one of the world largest aquariums, a Universal Studios Theme Park, shopping complexes, you name it. Bright neon lights decorate the streets at night, enticing the more nocturnal teachers. For history buffs, the magnificent Osaka Castle is within easy reach of the city’s transport system. There are plenty of TEFL opportunities to be taken advantage of here, with schools, tutoring, Business English, and the JET programme making it easier for aspiring teachers.

If the never-ending hum of the cities doesn’t appeal to you, it’s still very plausible to work in some of the many rural towns and villages spread around the archipelago. Of course, it’s impossible to force all of them under one label but there are generic facts you should be aware of. For instance, you will, as a Westerner, most likely stick out. Only the cities are particularly cosmopolitan so you will stand out. Don’t worry though; the Japanese are known to be welcoming and polite. Also, there is a definite lack of amenities such as interesting shops, restaurants etc. in smaller settlements.

A positive of living in such places is that the cost of living is significantly lower. You might even see better quality accommodation as there’s more space than in the crowded cities. And, by far the best feature is the fresh air, beautiful views, and fascinating way of life. 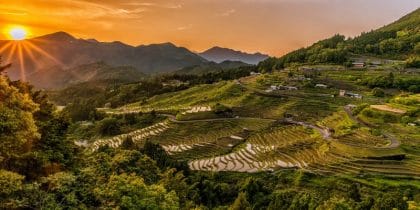 Thanks to JET, it’s common to work as a language assistant in public schools. There’s a popular idea that Japanese children are all very polite and obedient, and you shouldn’t expect any trouble. With the current younger generation, there’s only a little bit of truth in this. Classes of children and teenagers will likely resemble more western classrooms, if only a tad more well-behaved.

It’s also pretty normal for expats to teach English privately. This type of job is in high demand as demanding parents expect their children to achieve the best they can and will pay a fair amount for extra education.

Countless language schools in the cities means that teaching adults in small, medium, and large sized classes is a very real possibility, if that’s what you’d like to do. Adult students are very enthusiastic since they’re their of their own free will and will expect the same from you. Business English is another route you could take in your TEFL career. There are multiple ways you can land yourself a Business position: through a company as in-house teacher, private tuition, or through schools. These particular adults may be more formal and due to the probability of them paying a little bit more, they’ll want a good performance from you, the teacher.

Among the toughest of the requirements to work in Japan is the necessary bachelor’s degree. This is so teachers can legally obtain a visa. In terms of TEFL certificates, they traditionally have not actually been compulsory. Things are changing, however, and you would be far better off with possessing some sort of TEFL qualification, preferably around 120 hours or more. Experience isn’t a must, but certainly wouldn’t hurt your chances.

Naturally, you would assume the expected living costs of a massive urban sprawl like Tokyo would be ridiculously expensive. Yet, when compared to many Western capitals and the sort of wages you can expect, you may find it pretty easy to live a life of luxury. Well that might a slight exaggeration, but saving shouldn’t be too difficult if you restrain from splashing out. According to Numbeo, the average monthly rent for an apartment outside Tokyo’s centre is only €562 and just under €1,000 for one in the centre. Compared to the likes of Dublin where you can expect to be charged over €1,000 for a flat even outside the centre, it’s clearly quite a bargain! Don’t neglect any of Japan’s other cities either where living costs are even lower.

You may feel the work culture in Japan is somewhat different to what you’re used to back home. Don’t worry, that’s normal – it is different but not overly so and it’s easy to become accustomed to it. When working as teacher, you’ll be expected to dress formally i.e. a suit or dress. Manners are very important in Japanese culture so, before leaving to work there, ensure you learn a few basic phrases and other such mannerisms to give off a good first impression. Here’s a useful guide on the confusing etiquette system you might experience whilst living there.

To conclude, if good wages, a fusion of new and old, and a wealth of opportunity is what you’re striving for then look no further than Japan.

To book a TEFL course and increase your chances of employment, go here. Once you’ve booked a curse with us, you’re entitled to exclusive access on our Jobs Centre.